Before I became a travel nurse, I moved to Miami for a full-time nursing job. Lets just say, Miami and I had a love-hate relationship and I just wasn’t cut out to be a Miami gal. Here are reasons why I loved Miami and reasons that made me particularly annoyed with Miami.

I was blessed to become a Saturday night babysitter for someone I worked with, within the first couple of months of living in Miami. The family that I babysat for, took me in as part of their family. They would invite me to family events, holidays, and various other events. I am so thankful for my short year with this family. I refer to them as my Miami family.

I made so many life long friendships in Miami with co-workers and others outside of work. 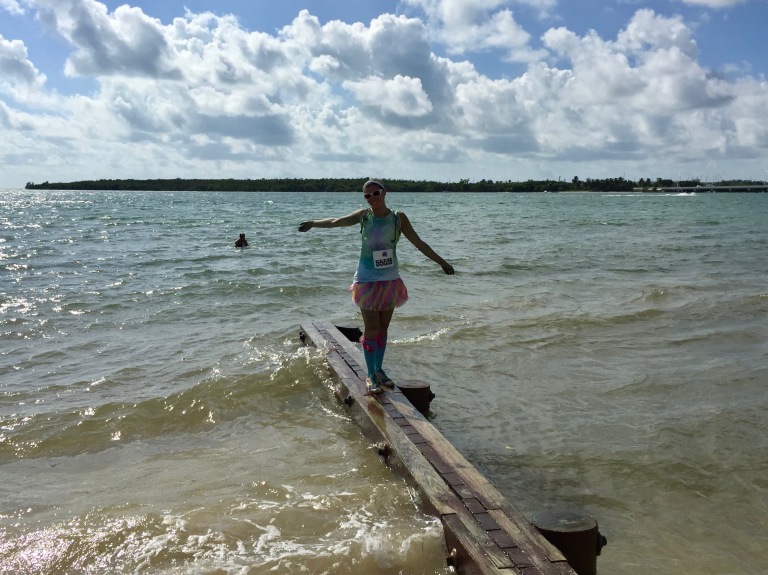 Key Biscayne is an island very close to Miami. Fun fact: Key Biscayne is composed of sand eroded from the Appalachian Mountains. The southern part of the island, my favorite part, houses Bill Baggs Cape Florida State Park, with an awesome light house and a very quiet beach. Although not the most beautiful beach, I was often one of the few people on the beach, which was very nice.

Wynwood Art District is home to 5 museums, over 70 galleries, five art fairs and my favorite, the Wynwood Walls.

The Wynwood Walls bring light to graffiti and street art, with dozens of graffiti art walls. 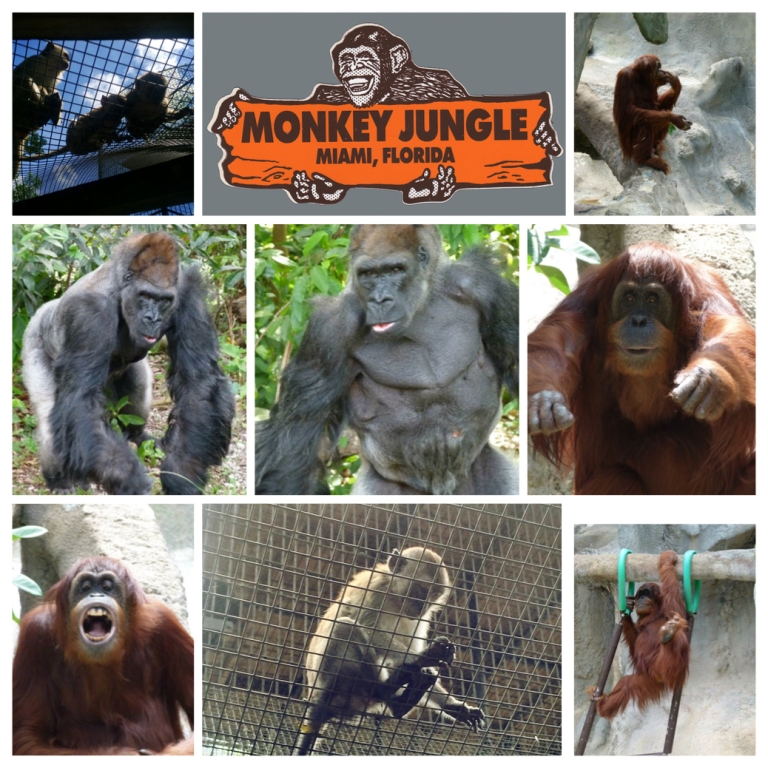 Monkey jungle is a 30-acre park in which the “humans are in cages and the monkeys run wild”. Some of the gorillas have been rescued from the circus. I really admired how much time and love the employees put into these wonderful creatures. 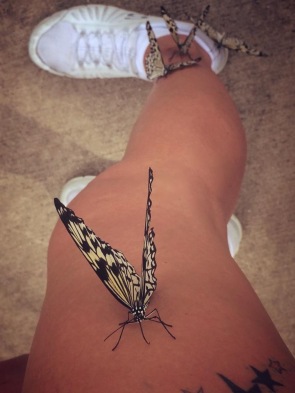 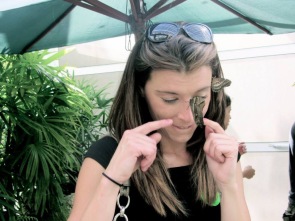 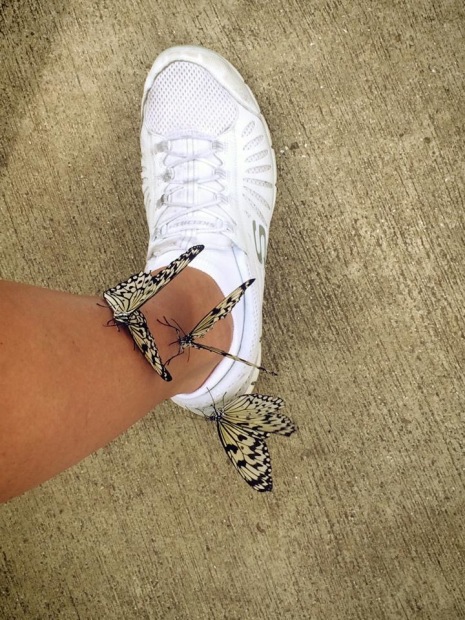 They love landing on your fingers, nose and exposed legs. It is such a magical experience.

Need I say more? You are closer to Key West than if you lived in any other state in the U.S. Although the driving time should only be 4 hours, the majority of the drive is a one lane road and if there is traffic, it can take a very long time.

It took us 8 hours to get home over Memorial Day weekend, but still worth it. The closer keys are just as much worth the drive. My favorite of the keys is Islamorada.

One of my favorite places to visit. What more could you want? A beach, water activities, fishing, adventuring, and friends!

I decided that although living in Miami was an awesome experience, Miami is not the place for this girl! These are the reasons why I feel so strongly about this.

Miami is not part of the United States (figuratively speaking)

It is an extension of Latin America and English is optional, including at work! I learned more Spanish in one year than I did during 2 years of high school Spanish. Going to Walmart, or CVS is always a struggle for an English speaking gal; I typically am the only person who doesn’t speak Spanish and a lot of the employees only speak Spanish. If you are not of Spanish-speaking decent, you will be an outsider. “But wait… I am in Miami”, you tell yourself, “it is in American and the majority of people should know English”. Well, no, we’re not in American anymore Toto, and you will not understand 80% of what is being said around you, even in the workplace. Most of you know, I am a nurse, and not being able to understand those around you while caring for a patient is dangerous… yea, the majority of co-workers don’t care. “You should learn Spanish”, they say.

Growing up in Indiana, I was only exposed to Mexican Americans, and a lot of them were illegal. I learned in Miami, that there are more countries that speak Spanish than just Mexico, and a lot of the Spanish speaking individuals here in Miami are Cuban, in which there was, until recently, a “wet foot, dry foot” law, which makes them legal Americans if they come to America, although it is way more complicated than that.

Although I cannot find any political reasoning behind my assumption, I found that when living in Miami, the Miami Cuban Americans did not like White Americans. I am not a political person, nor do I know much about Cuba, but Cubans came to America for a reason, why do you hate Americans when it is the Americans who let you come to America? If you hate us and America so bad, you can always go back to Cuba, but don’t take your frustrations out on innocent by-standards.

Cubans vs. Nicaraguans; Haitians vs. Cubans; Cubans vs. Americans; African Americans vs. everyone else. Nicaraguans get soooo offended if you mistake them for Cuban Americans. I mean seriously offended. I would highly recommend never doing this. A lot of the individuals in Miami immigrated there, so why do they all hate each other? Can’t everyone just get along?

If you need your personal space, too bad. I’ll be in a conversation with another female and their hand will be on my leg, expressing concern or that they care, but all I can think about is, “Why is your hand on my leg? Are you hitting on me? Why are you in my bubble?”

Traffic here is horrendous, but I quickly learned to accept it, including the horrible drivers. It doesn’t matter if Google Maps tells you that a location is only 10 miles away, because it can take over 2 hours to go 10 miles! When I first moved here, people would say they were on Miami time, which means they are always late, but I too was on Miami time because of traffic! I have loved to run to the grocery store, or Walmart and be back in my house in 30 minutes, but that thought was a joke. It took me 6 minutes to get out of my parking garage, who knows how long it would take to get to the store because of traffic, and everyone and their kids, cousins, parents, and in-laws are always at the store; speaking only Spanish. I went to Walmart one night at midnight, thinking it wouldn’t be crowded… this turned into a 6 hours adventure.

Miami Rules of the Road

The rules of the road… Similar to Portland, the left lane is no longer a fast lane in Miami. Despite police officers never pulling anyone over for speeding (because they are too busy with shootings and real crime), it must be an unwritten law to go under the speed limit… in the left lane. As if it wasn’t bad enough that highway speed limits are 45 mph!

No one is in a hurry, so if by chance you’re not in sitting traffic, you’re behind the person, in the left lane, going 35 in a 55. Try to speed up to pass them, they will also speed up.

I hope you don’t mind damage to your pretty little car; accidents are common – I was in 3 in a year, none of which were my fault. Did you call the police to report the accident? You’ll be waiting at least 2 hours for them to show up. Have fun.

Using your phone while driving is illegal and enforced in other states; not in Miami. Don’t be mad. Just accept it.

Miami drivers feel the need to turn on their emergency lights when they see a drop of rain, which was very confusing to me at first! Another use for emergency lights in Miami you ask? Well, they are also parking lights; individuals park anywhere, as long as they have their flashers on, including highways, in the middle of the street and the side of the road.

Don’t Ever Use Your Turn Signal

I was used to using my turn signal to switch lanes, but I quickly learned that the turn signal in Miami means that people inch closer to the other person and will not let you in! So, I soon became a pro at cutting people off and soon accepted when people cut me off. You’d live an angry, miserable life if you got mad every time someone cut you off in Miami.

Does the word “carnival” make you think of Ferris wheels, cotton candy, fried food and games? That’s what I thought too! However, the word “carnival” in Miami basically means festival of some sort. Anything can basically be called a “carnival”. I went to a carnival once with a fellow Midwesterner and we were waiting and waiting for the games and Ferris wheel, but we would have been there for a very long time had we continued to wait!

I went on quite a few dates in Miami, including dates with Serbians, Cubans, Columbians, Venezuelans, Indians, Middle Easterners, but not one American! If you are tall like I am, good luck finding a man taller than you are. Everyone is short in Miami. It was never hard for me to find the bar, or the restrooms at a bar… I was towering over everyone else. Might as well get rid of all of your high heels if you’re over 5’7″.

A lot of men in Miami still live at home. In fact, they often live at home until they are married… or dead. Expect for a man’s mother to be the most important thing in his life and you will never ever come before her. If their mother comes and visits from another country, they will even sleep in the same bedroom as their son. Weird.

They drive Feraris and Lamborghinis, that is a plus right? Wrong. They are rental cars, or leased and they have no money because their car payment is more than my rent and they work in the club.

Everyone is on Miami Time

If you’re a punctual person and expect others to be on time, might as well get a prescription for Xanax now and lower your standards. Everyone is always late. This could very well be related to sitting in stopped traffic for 2 hours to go 5 miles, or just blamed on traffic. You too, will learn to take your time getting ready and never ever be on time, unless you enjoy waiting on your friends for a very long time.

I would always ask, “Okay, 700pm real time, or Miami time?” Soon enough, I was on Miami time as well.

Be Ready to Cancel Your Credit Cards

Credit cards are copied at almost every gas station on South Beach. Keep an eye out for $1.00-$2.00 charges on your statements; they are testing you to see if you will cancel. Then they start making big purchases. I had to cancel my cards at least 3 times each card. Have your bank on speed dial.

Although I love visiting Miami and would vacation there to see friends and get some sun, I am definitely not a Miami gal and would never attempt to live there again.

One thought on “My Love-Hate Relationship with Miami”