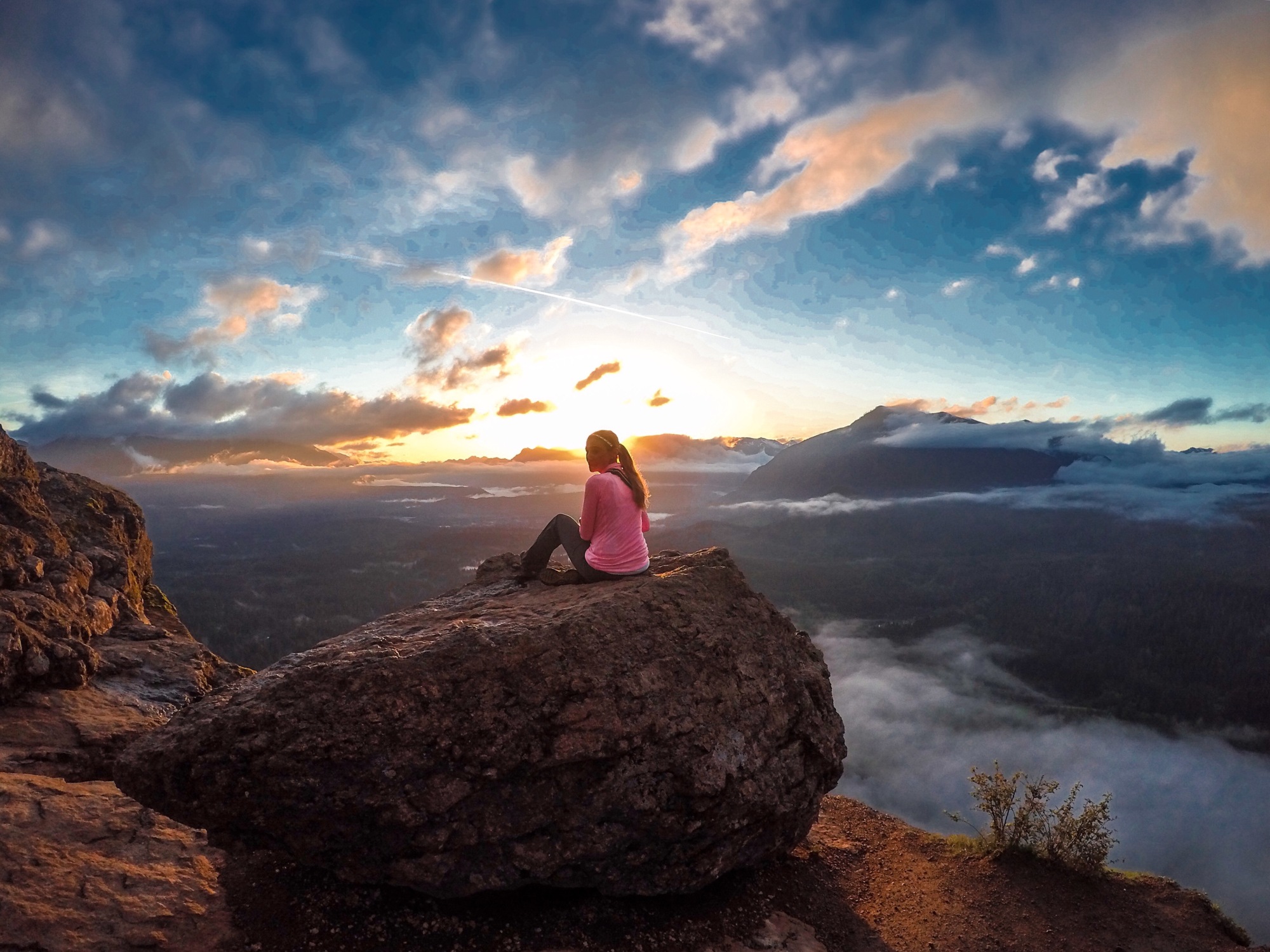 I remember the first person that I met, who had completed the Pacific Crest Trail. My mother and I met him, while I was on assignment in Alaska. He was an older gentleman, with a gentle face, who had spent the majority of his life, moving from one seasonal job to the next, long distance hiking whenever possible. I asked him, “so, what is the Pacific Crest Trail?”

When he explained to me what the Pacific Crest Trail was, I definitely thought that he was bat shit crazy. Who in their right mind, would walk… continuously… for 2,650 miles?! Mind you, at this time, I had never put up a tent before, let alone considered sleeping in one. Was this man, who, by choice, walked for miles and miles, homeless? Was he a hippie? Why couldn’t he hold a job for more than a season? No, silly past me, he has been living a life, a wanderlust life, fulfilling his dreams… experiencing life… a life, I’m guessing, of little regret. That’s it… he wasn’t crazy, he had merely lives his life to the absolute fullest.

Now, if you would have told me then, that I would be preparing to, by choice, hike 2,650 miles from Mexico to Canada, I would have thought you were bat shit crazy too! However, over the past year, my love for hiking and the outdoors has grown tremendously. So, indeed I have, decided to hike the Pacific Crest Trail, starting in April of 2017. I had a little over a year to teach myself all that I could about hiking, camping, and backpacking. 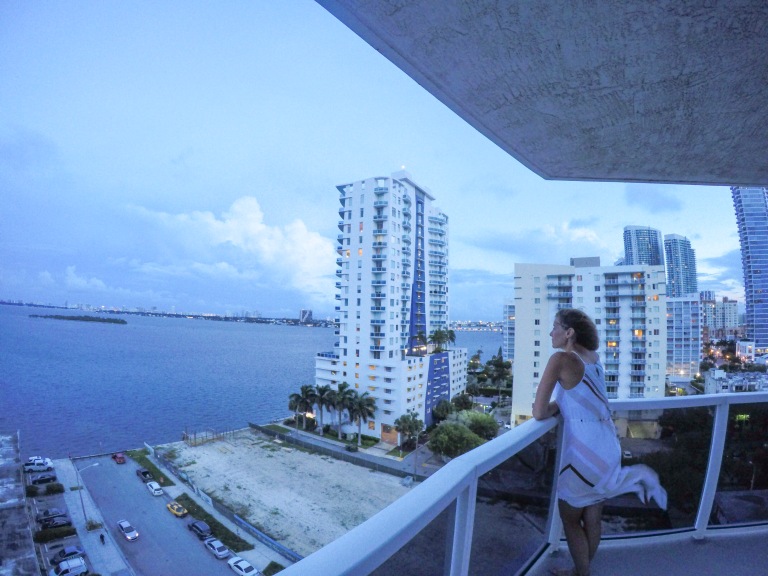 I bet you’re curious how I went from a high heel wearing gal, who refused to leave the house without make up, never having slept in a tent, to wanting to sleep in a tent for over 150 nights and walk over 2,650 miles. Well, here goes…

I grew up with a single mother and a sister, so camping, or anything outdoor related was not included in the agenda. When I became a travel nurse, I would take several week long road trips to each new contract… From Indiana to Miami, Miami to Houston, Houston to Alaska, Alaska to Portland, and Portland to Seattle.

During my road trip from Houston to Alaska, I decided to visit all of the National Parks along the way. A book I was reading, instructed me to hike beyond the tourist attractions to discover more beauty. So, this is what I did; and I realized that I could easily hike for miles and miles. The longer I hiked, the more beauty that was revealed. Plus, I was all alone, past the tourists, past the lazy people, past the screaming babies, and out of control children. There was something else though… I was a different person while hiking.

I am quite the anxious person, always putting everyone else first, constantly worrying about other people, not to mention I have PTSD. However, when I am hiking, all of the anxiety is relieved and for once in my life, the only person I am forced to worry about, is myself. For the first time in my lifetime, I know what it feels like, to put me first. 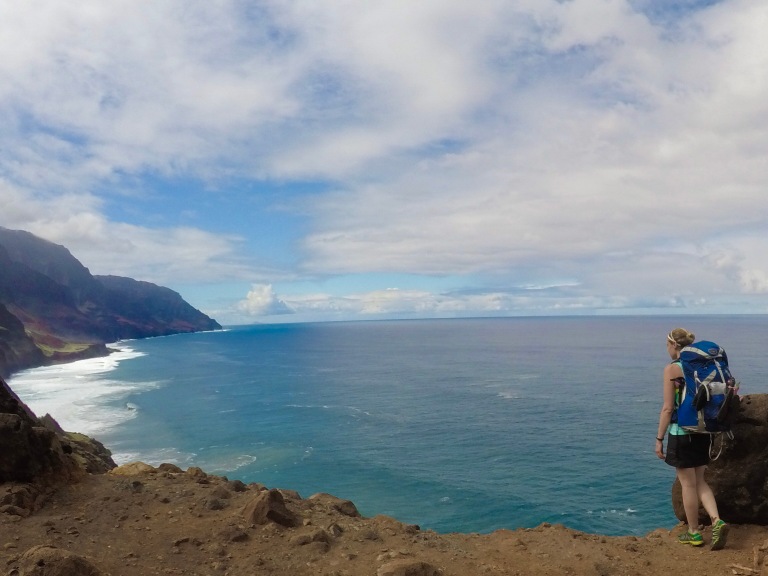 On the trail, I am so focused on the challenge and all the beauty that God has created, that all of the other thoughts disappear. It is a feeling that I can’t really describe. It is almost as if I know that who I am out there, is who I really am, without anxiety and PTSD, which I have let define me in the “real world”. I have fallen in love with who I am hiking and I don’t want her disappear again. Camping was a different story though.

The first time I decided to put up a tent was in the Kenai Fjords National Park… next to an ice field. I wasn’t planning on back country camping until I was ready; however, the park ranger suggested it. So, without the proper pack and instead, 2 backpacks, I hiked a long 4.5 miles at an incline, with my 10lb dog in his carrier across my chest. It started to rain and was getting dark by the time we arrived next to the ice field. The wind was terrible and it was so cold. I struggled a lot with my tent for the first time, and was quite miserable throughout the entire night.

The views were spectacular, but I wasn’t able to enjoy them as much because of how miserable I was. I didn’t put up a tent again for over a week.

After the shock had worn off from my first camping experience, I practiced putting up the tent in a hotel room. The second time I put up a tent outdoors, I slept for 14 hours… at a campground. This is when my love for camping grew stronger.  I started playing with the idea of putting the two, hiking and camping, together. 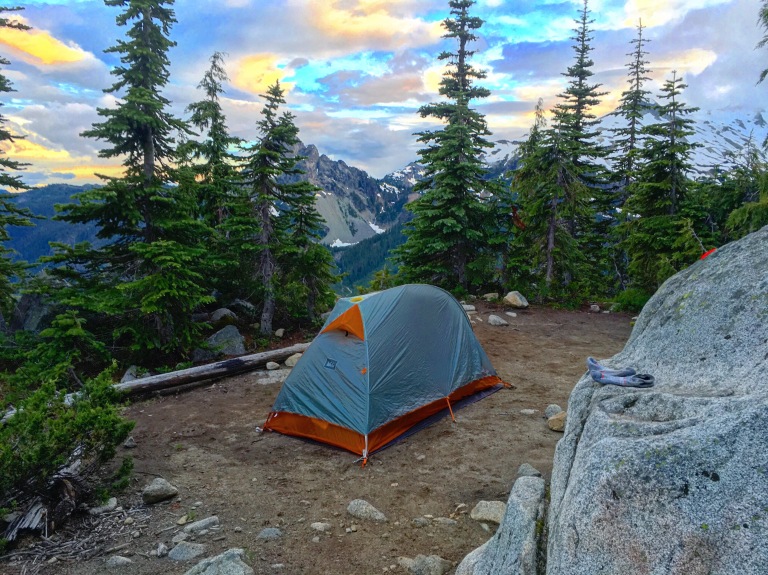 When I moved to the PNW, I started doing weekend backpacking trips, running into more and more people who had thru-hiked the PCT, or hiked sections of the PCT. At that time, the thought of thru-hiking the PCT, still wasn’t even a thought in my head. I continued hiking miles and miles on my weekends, until I started pondering the idea of actually hiking the PCT. I have a job that allows me to take off as much time as I would like in between contracts, or assignments, so I thought, why not do what I love so much for 5 months? And yes, after I decided to thru-hike the PCT, I watched the movie Wild, which instilled hope, that I too, can find myself on the PCT. However, I have been preparing and training a little more than the brave Cheryl Strayed.

So, over the past year, I have been paying off bills and my car, saving money, preparing resupply packages and resupply locations to send them to, coming up with a PCT thru-hike plan with the help of a lot of research. Most recently, I have been able to cut down a lot of my base weight, with the help of YAMA Mountain Gear’s mYAMAdventure program, in which I am one of 8 sponsored 2017 PCT hikers. I am almost ready thanks to all of the awesome mentors in this program, sponsorships I have received and support I have gained. So, here I am, less than 3 months away from beginning my 4-5 month trek on the Pacific Crest Trail. 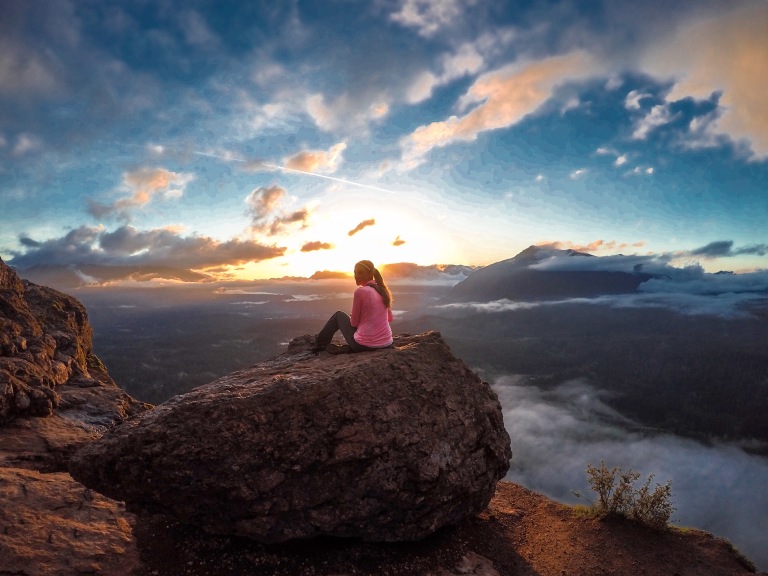 It’s never too late to go after a dream. You’re never too inexperienced to learn, and you’re never too old to chase it. Less than a year ago, I decided to hike the PCT, with no previous experience backpacking. Now, I’ve backpacked many miles, slept in a tent many times, and I am confident with myself, for my upcoming 2,650 mile trek. So, grab your pack and your hiking shoes and hike toward your dream!

Who knows, maybe I’ll see you on the trail!

6 thoughts on “So, What is the Pacific Crest Trail? ”