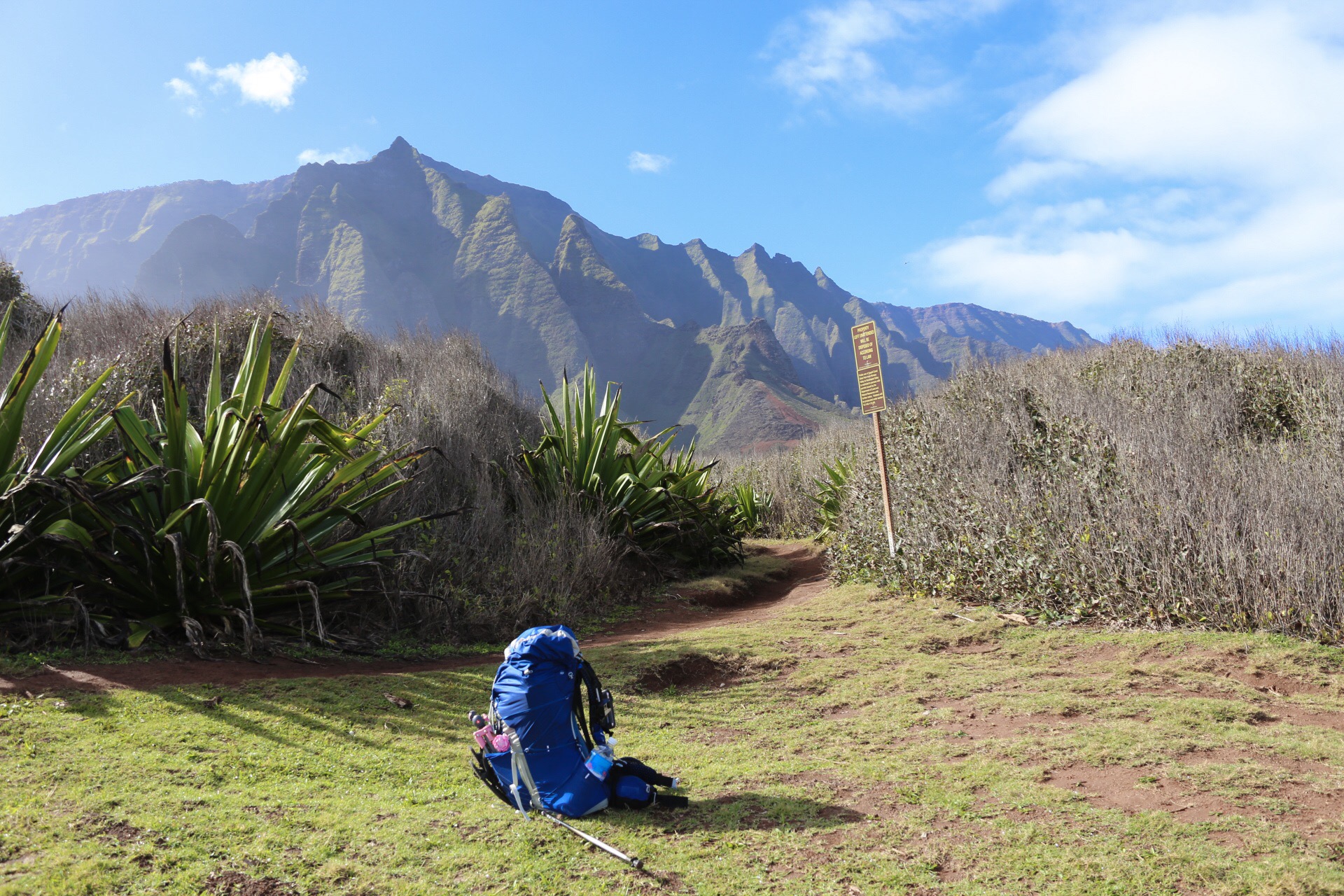 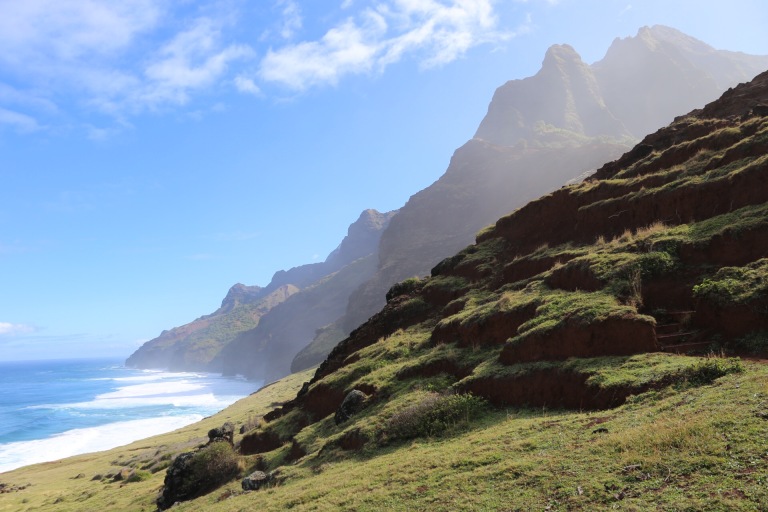 For instance, if you’re an inexperienced hiker, you’re not paying attention, you were to trip, and stumble at least one additional foot step, you could potentially fall off the cliff, leading to a terrible death – if you’re lucky. If you’re not lucky, you could be paralyzed for the rest of your life, dislocate your jaw, and/or have several broken bones… That is, if someone finds you.

If you think you’d like to go swimming, in one of the beautiful beaches along the trail (despite all of the signs advising you not to go swimming because of the strong current), and the 10 foot waves take you under, and the strong current keeps you down, then yes, you will probably die. If you were to slip on one of the hundreds of muddy rocks, or slide on the muddy ground coverage along the entire trail, break something, and are unable to hike out, there is no cell phone service and you could be stranded for quite some time. If you were for any reason to have internal bleeding during your fall, you would probable bleed out and die, before help would arrive. 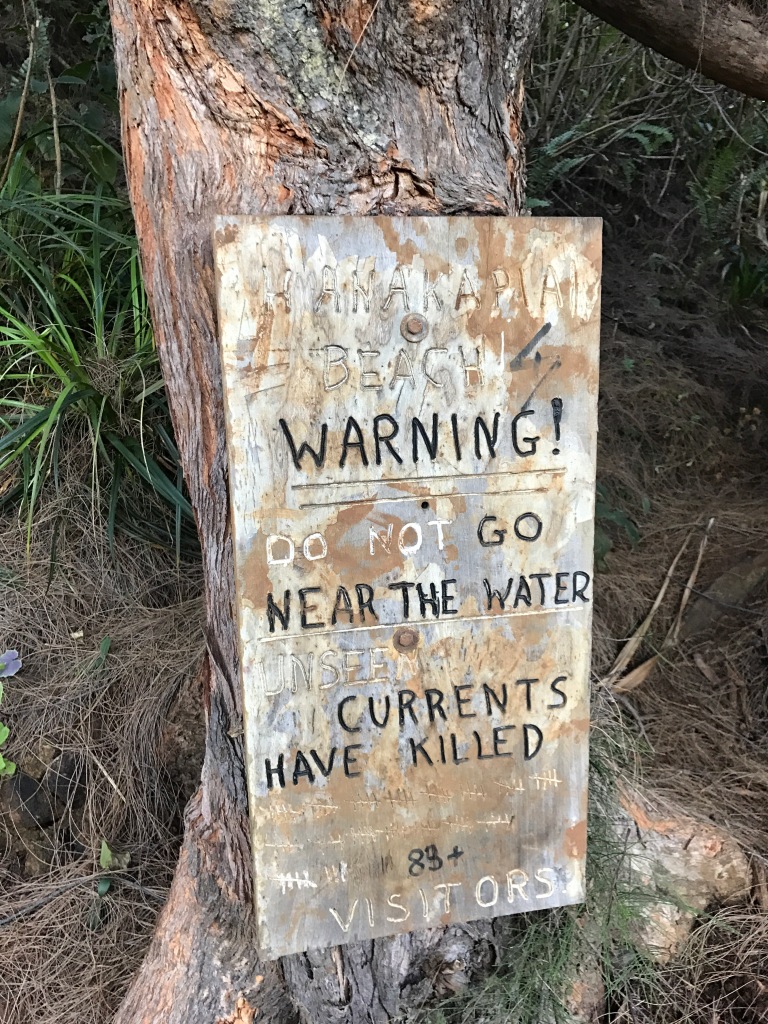 So, for the inexperienced hiker, or ignorant/arrogant person, who ignores trail warning signs, doesn’t pay attention to their footing, and wants the best selfie over safety, you will probably die and yes, for each of you, this is one of the most dangerous trails in the world. However, for the experienced hiker with common sense, you will be fine. Is the trail as scary as other sites have made it out to be? Absolutely not, and I am scared of heights.

I froze up and cried like a baby repelling in boot camp, leading to the drill sergeant pushing me off the repel tower. The last time I zip-lined, the worker had to push me off the tower and it was the most terrifying experience. I found Angel’s Landing, in Zion National Park, quite horrifying. So, yes I am irrationally scared of heights. Was I ever scared of falling off the cliff on the Kalalau Trail? Never.

There were parts that were a little intimidating, but “Crawler’s Ledge” wasn’t slippery, even after the rain fall. I was even able to stop, take a few pictures and even look down, without fear of easily stumbling over the ledge. As long as you’re paying attention to your footing, you’re not jerking around, and you are using common sense, it won’t be as terrible as your mind is probably telling you it is going to be. Is the trail difficult? Absolutely.

The Kalalau Trail has been one of my top 5 most difficult hikes. It isn’t because of the danger (see above), but I say that because of the elevation gain and loss, heat, humidity, and trail conditions. I was so concerned about the trail being dangerous, that I didn’t even look at the elevation gain and loss along the trail. Within a mile, you’ve climbed 500+ feet, then you descend those 500 feet you’ve climbed, just to climb another 700+ feet in a little over a mile. At this point, my body felt like I had gone 6 miles already, when in reality, I had only gone a little over 3. There were several others behind me, that I had passed; I wanted to get the best camping spot, so I didn’t want to slow down and let them pass.

The next 3-4 miles consisted of going up a couple of hundred feet, then going down, up, down, up, down, leading to the last 500+ mile climb, before descending all the way to sea level again. When I finally came to the beach, although it felt like a lot more than 11 miles, the struggle and exhaustion were worth the end result.

I picked a perfect camp site, with a beach view, next to a small waterfall. Shortly after my arrival, I went to go get some water from the waterfall to filter. As, I came around the corner, there he was, butt ass naked, showering under the waterfall. I shyly turned around, as I am sure my face was blushingly red. As it turns out, this area is inhabited by a nudist colony… joke’s on me! I must have missed that in my research! After the incident in the shower, I didn’t run into anymore completely naked individuals, although I did see several topless gals walking around. Do I look up? Do I look at my feet? Do I say hello? Why is this so awkward for me? I stuck to my conservative one piece swim suite, but good for them for being so comfortable with their body.

I set up my Copper Spur UL2, opened both doors, lay comfortably on my sleeping pad, listening to the ocean waves, and before I knew it, I was fast asleep. I woke up just in time for dinner and the perfect sunset. 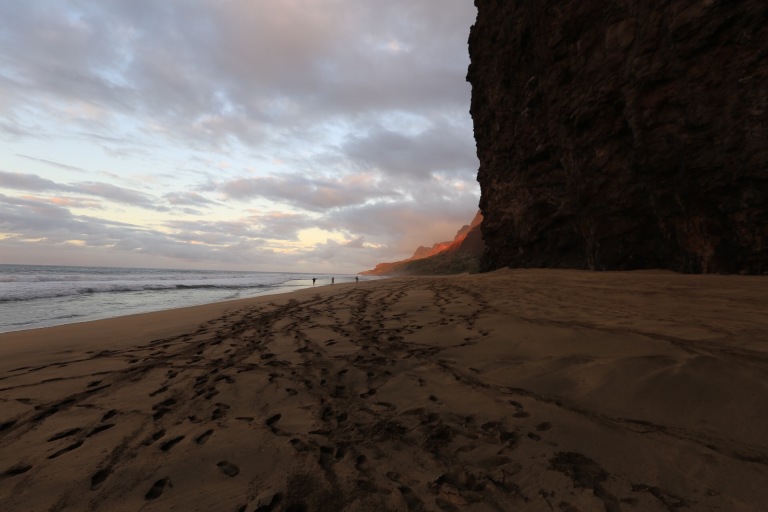 I visited with some new friends, but my body didn’t want to stay awake much longer, so I was in bed fairly early. I slept over 10 hours, and as I woke up, I’m pretty sure every muscle in my body was sore, along with several bruises and abrasions. I popped a few ibuprofens, packed up, got moving around, and it wasn’t long before the soreness wore off and I was on my way.

I took more time to enjoy all of the details  in which I missed, on my return hike. Such as the wildflowers. 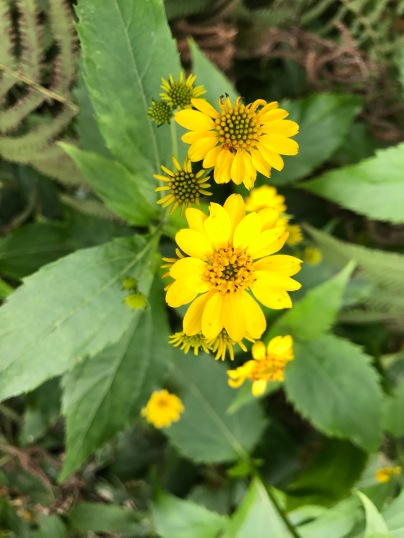 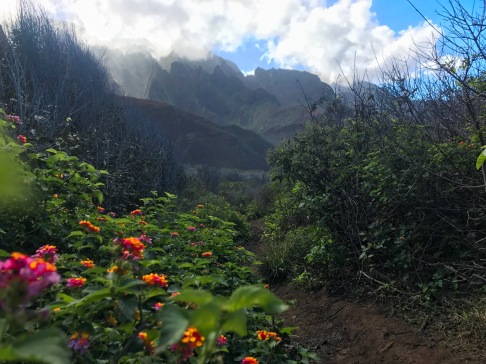 Beautiful, brightly colored wildflowers surrounded me, throughout the hike. 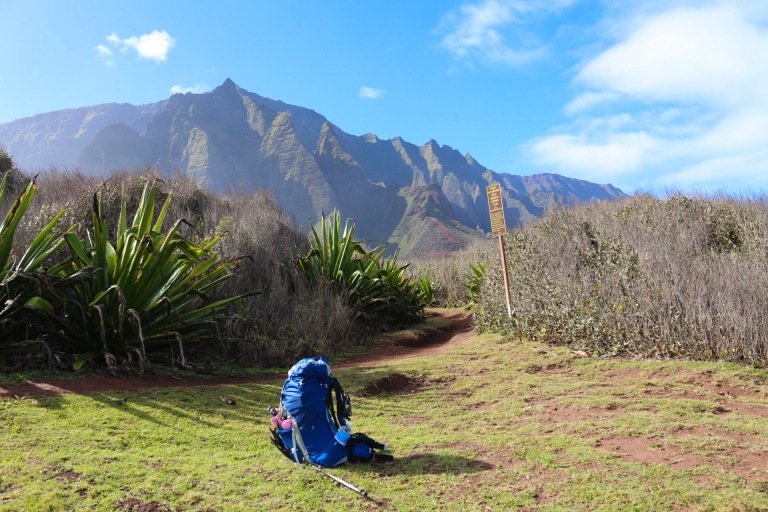 Around every corner was a new, breathtaking view. 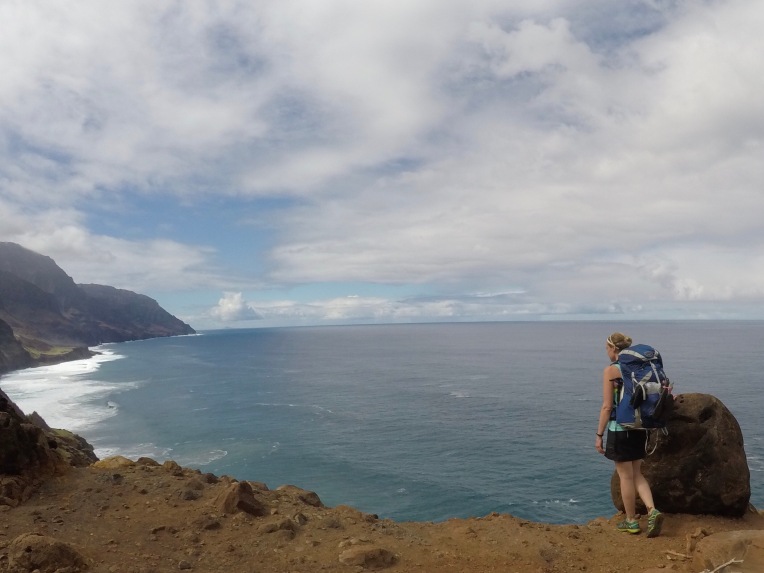 I took a 1 mile round trip detour to Hanakoa Falls. It was a slippery, steady uphill hike to the falls. I had it all to myself.

The initial hike took 7 hours, the return hike took well over 10 hours, as I took my  time and a detour to the falls. I was physically exhausted, muddy, and inspired by all of the beauty around me. I highly recommend adding this to your bucket list.​

​
Although on my top 5 most difficult hikes, the Kalalau Trail is one of my top 3 favorite hikes.

One thought on “Backpacking the Kalalau Trail”