I started planning my Pacific Crest Trail (PCT) hike over a year and a half ago. At first, it was merely reading a few pages in various PCT manuals. Well, if any of you know me, I am quite the impulsive individual. So, without doing much research, I bought, what I thought, and what many different REI employees told me, was the best gear. 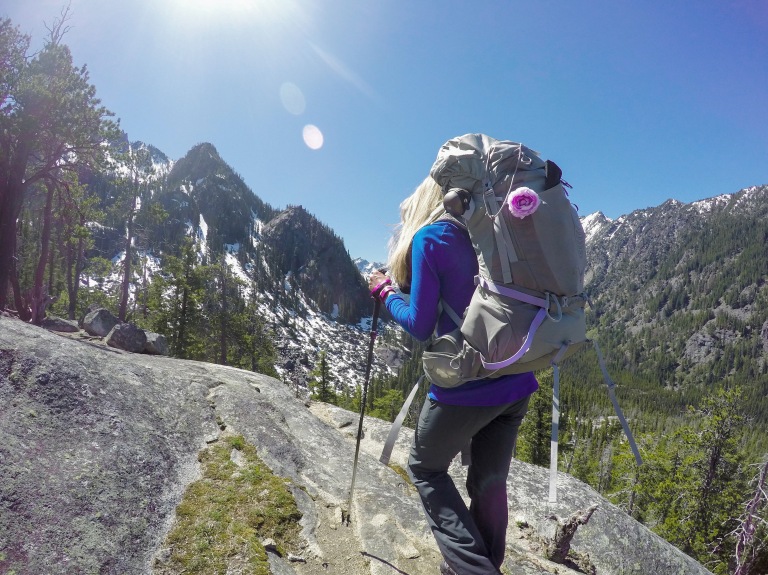 I am sure it was the best gear, but not the most light weight gear, nor the best gear for the PCT. Not to mention, many of the individuals giving me advice, had not hiked the PCT. Although a year and a half is quite a bit of time to plan, it is also quite a bit of time to change gear, ten thousand times, after listening to ten thousand different people, wasting thousands of dollars, and becoming a little bit obsessed with trying to turn myself into something I was never meant to be… ultralight.

Lately, I have been obsessing about going light weight. As previously stated, I was so generously accepted into YAMA Mountain Gear’s mYAMAdventure, with which I have many mentors. My mentors have been encouraging a base weight of 15lbs or less, so I’ve really been aiming for that, as I really wanted to achieve this. As a result, I have been, once again, swapping out gear, weighing every single ounce, reading for hours about gear, and beating myself up about not wanting to give up more weight; it really has been a huge back and forth debate inside of this head of mine. Leave this behind, no take it. You don’t need this, or maybe you do. I even tried to dry out toothpaste… seriously? Yea that didn’t work… nor do I want to let hard toothpaste sit in my mouth for 5 minutes until it becomes soft enough, to brush my teeth without traumatizing my gums… with my half toothbrush, in which I have to stick my hand in my mouth to get my back teeth. Good thing I don’t have my wisdom teeth anymore.

I’ve crossed paths with many ultralight backpackers who don’t seem to understand why everyone else can’t go ultralight. Well, not all individuals’ level of comfort is the same, not everyone’s ability to stay warm is the same, and not everyone’s reason for backpacking is the same. Nor, are all backpackers as experienced as others, so much of this has to be discovered by oneself. However, maybe not everyone is a minimalistic as ultralight weight bacpackers, nor do some of us, ever have the desire to be that minimalistic.

Why I am Not Going Ultralight.

I have decreased my base weight, significantly, and I have definitely tried to go ultralight by making significant changes/alterations. 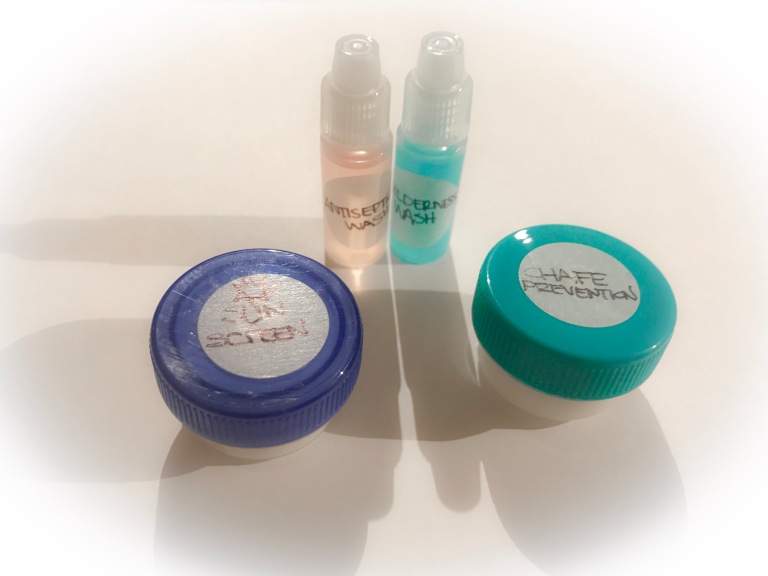 For instance, I purchased 1mL dropper bottles to put my soap in and tiny twist containers for sunscreen and chafe prevention; all of which, I filled and put into each resupply box. I have a micro toothpaste and half of a toothbrush.  Thanks to the awesome ZPacks (http://ZPacks.com). 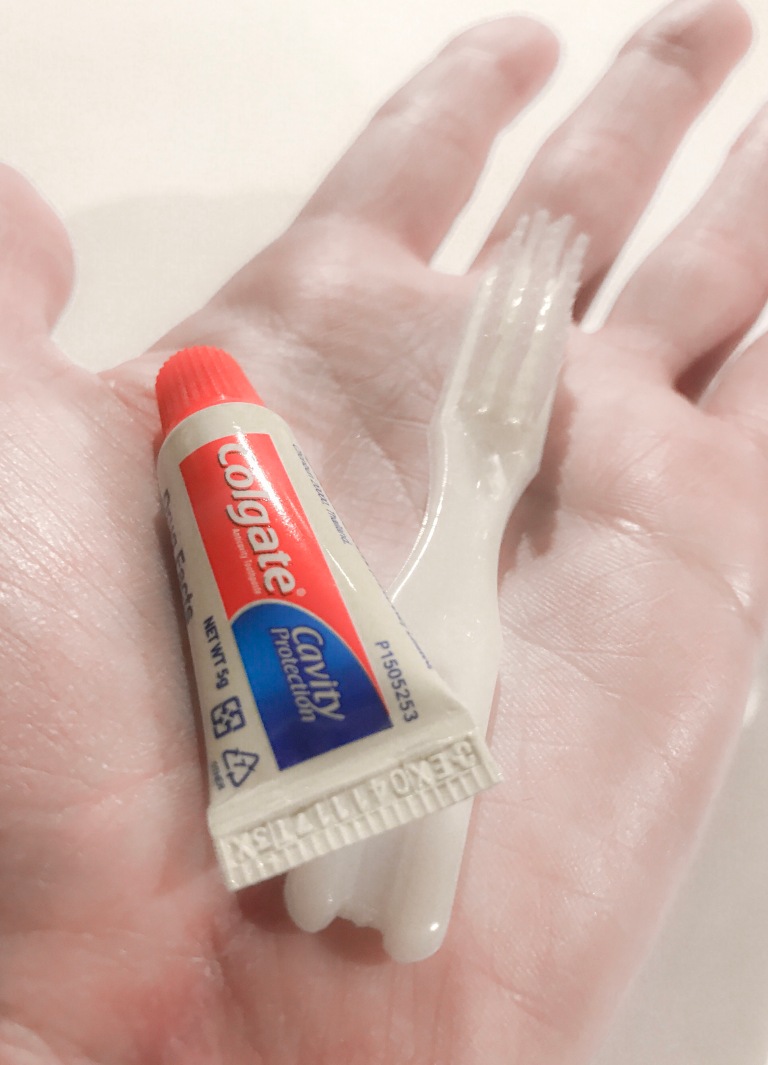 Thirty micro toothpastes cost almost $70… why thirty? Because I have thirty resupply boxes and one micro toothpaste sure as shit won’t last 5 months… I’ll be lucky if it lastes until my next reapply box! Rationing, that is what ultralight is about. Oh!  I opted not to bring deodorant. Yea I know, plug your nose and get over it. Personal hygiene is not the only area in which I have made adjustments to; I’ve made plenty of other sacrifices for the sake of ultralight. 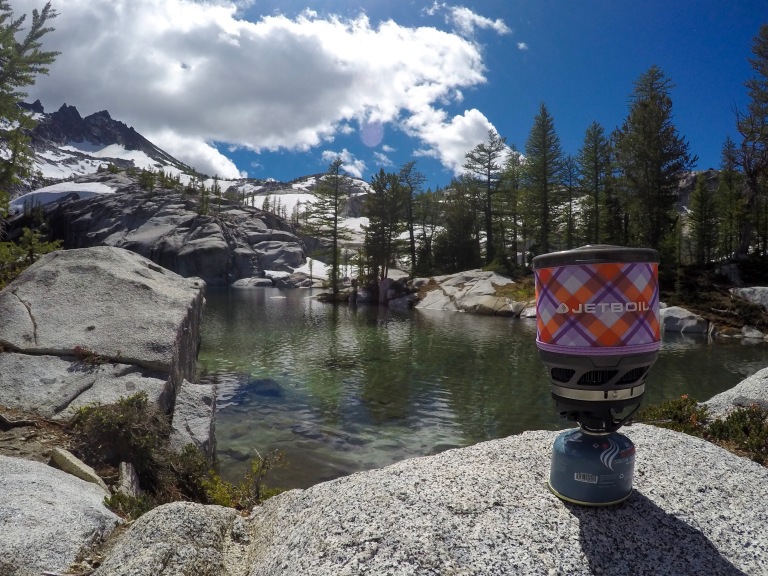 I gave up my awesome Jetboil, for a micro rocket and a 5 ounce cup and pot (which will take more time to boil water than the Jetboil, but whatever).

I put away my $550 red Patagonia Gortex Refugee jacket (knowing, after many hours of research, that it would be the best and most lightweight Gortex jacket), for a $200 Mountain Hardware Stretch Ozonic jacket, that will work well enough, but not as well as the Patagonia Jacket. However, it did save me 8 ounces of weight. 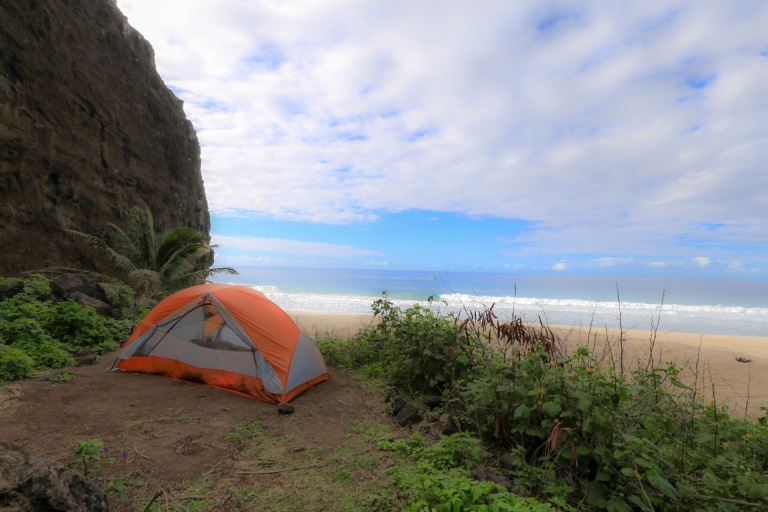 I even thought about giving up my tent, in which is mainly used as my security blanket, for a tarp. Yea, no, that was never a serious thought. I thought about going stoveless, but only for half of a second. Although I have tried to give up many other things, I have decided to not go ultralight at the beginning because I am not a minimalist, as many of my friends I’ve gone backpacking with will tell you, and I don’t really care to be one. I will be lightweight (under 20lbs), but not ultralight. Let me explain a few more of my reasons to you.

The military had to allow women to shower every 3 days… at most… why? Because we have a vagina, and it is a little bit harder to keep clean than the male counterpart. So, I think it is a little bit easier to not bring anything to clean yourself with, being a male, or just giving up personal hygiene all together, but being a nurse and a female, I cannot do this.

I also have long hair… could I cut it? Yes. Am I willing to? No. With that being said, I am bringing a brush, a small one, in which I broke the handle off of, but I am bringing a damn brush, which some (I’m guessing the majority are males) see as a luxury.

Women also conserve heat around their core body, so less heat circulates throughout the rest of their body, resulting in women (generally speaking) feeling cold at higher temperatures than men. I, unfortunately, am one of these women. Although I do not have a ton of experience backpacking, I do have some, and I do get cold at night, even with a sleeping bag and sleeping bag liner. So, a down quilt under a tarp shelter, with half of a sleeping pad, is simply not an option for me.

Okay, I’ll spare you the details about that time of the month, and the menstrual cup that I’ll bring, which I’m sure will be a disaster all in its own, but there is that.

No Desire to be the Fastest

With all of this being said, I am not hiking the PCT to be miserable for 5 months, to be the fastest hiker, or to have the lightest pack. Those ultralight and superultralight backpackers out there might not agree with my madness, but I can assure you, I’ll never ask anyone to carry any of my gear, and you better bet that I’ll hike all 2,650 miles with my lightweight pack.

Although you might be going ultralight or superultralight, and you might not be as fatigued as I will be, carrying 5 lbs more than you, I’ll most likely be cleaner, warmer and more dry than yourself. While you’re able to hike a couple miles more than me, going stoveless, I’ll be enjoying a nice warm meal, taking sunset pictures with my 12 ounce camera. Yea memories… and yes, you can share my memories on your Facebook and IG, as long as you give me credit, since you didn’t want to bring a camera. Although you can get up that mountain faster than I, with your cut-in-half sleeping pad, and your 8 ounce down quilt, I will sleep like a very warm and cozy baby, on my Thermorest sleeping pad, my 20 degree Western Mountaineering sleeping bag, 2 ounce pillow and 6 ounce sleeping bag liner, in a tent, while you toss and turn, trying to stay warm, and well.. some what comfortable.

So, I would argue, who will get more out of hiking the PCT? A cold, hungry, tired, superultralight hiker, or the lightweight hiker who eats warm meals, gets a good nights sleep, and is actually taking time to enjoy the journey, not just be the quickest, most lightweight PCT hiker?

Now, in a couple of months, I might be preaching about ultralight and how there is no other way; in the meantime, I will be proud of my 19lb base weight pack, 5lbs being camera gear. A couple of months ago, I hiked the Enchantments in Washington, and my pack without water, was 54lbs. So, yes I am proud of 19lbs, and that is as ultralite as I will be going for the start of my hike. So, if I don’t take your advice now, don’t be offended, just laugh to yourself and know that I will probably regret my decision later, in which you are more than welcome to say “I told you so”. Until then, 19lbs it is!

See you on the trail!

4 thoughts on “PCT  Prep – Stoveless, Tentless, Ultralight… No Thank You.”