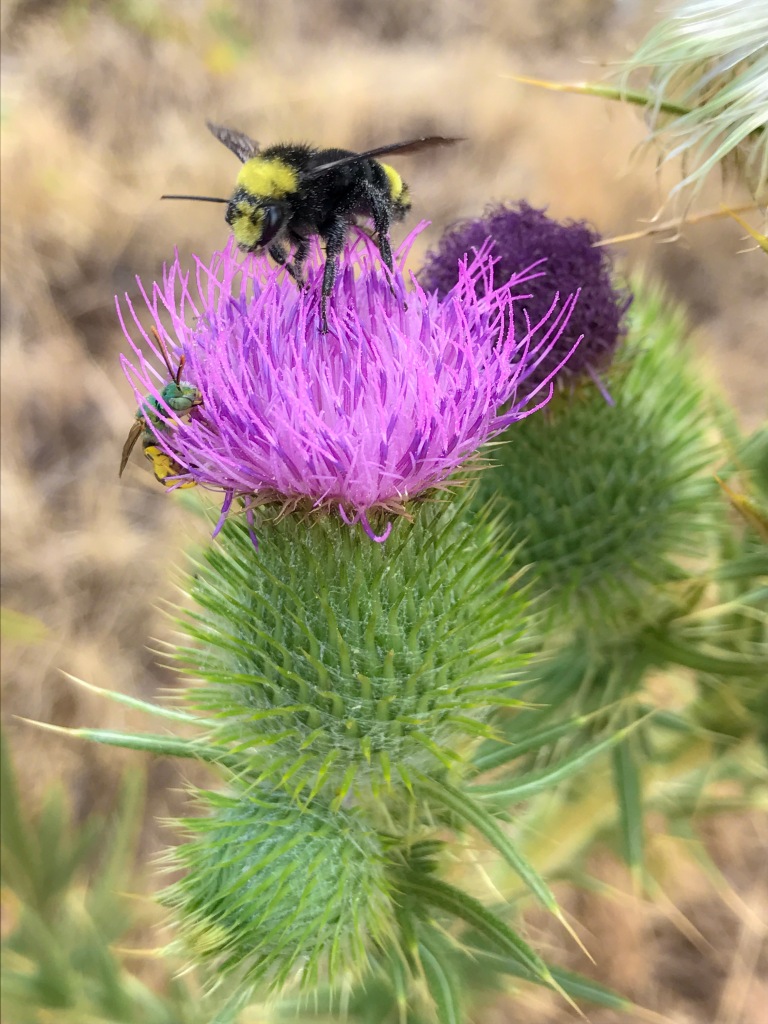 The group that I trekked through some of the desert with, called me Nurse Dani. Although fitting to my career, this wasn’t much of a trail name. However, I did sign the log books, as Nurse Dani before I became Bumblebee.﻿

It wasn’t until after the Sierra Nevada section, while taking a zero day in Yosemite, I ran into Arvid, Lydia, Rhino and Ladybug, who are the only reason I made it over Glen Pass.

It has been said, that aerodynamically, Bumblebbes shouldn’t be capable of flight with their big fuzzy bodies and their tiny wings. How bumblebees can fly has since been proven, but amazing. nonetheless

My friends said when they first met me, helping me over Glen Pass, they weren’t sure if I was going to make it through the Sierras. (I don’t blame them, I was a scared mess). They said since then, I really impressed them with how far I had come, not only that I made it through the Sierra, but also how much confidence I had gained.

So, they named me Bumblebee because aerodynamically bumblebees amaze people with their ability to fly. So, although all my body mechanics and fear reactions pointed to me not being able to make it through the Sierra, I did anyways. I didn’t think I would make it as far as I have either. So, I am now Bumblebee. I like it. I also like them a lot.

I am pretty far behind on my PCT updates and I do apologize, but sincerely appreciate your patience!

12 thoughts on “The Tale of the Trail Name”